A Field Guide for Yarn – Part 1

The Shape and Behavior of Yarn

When you’re out in the wilds of your LYS, you may hear yarn referred to by its shape – a skein or a hank. 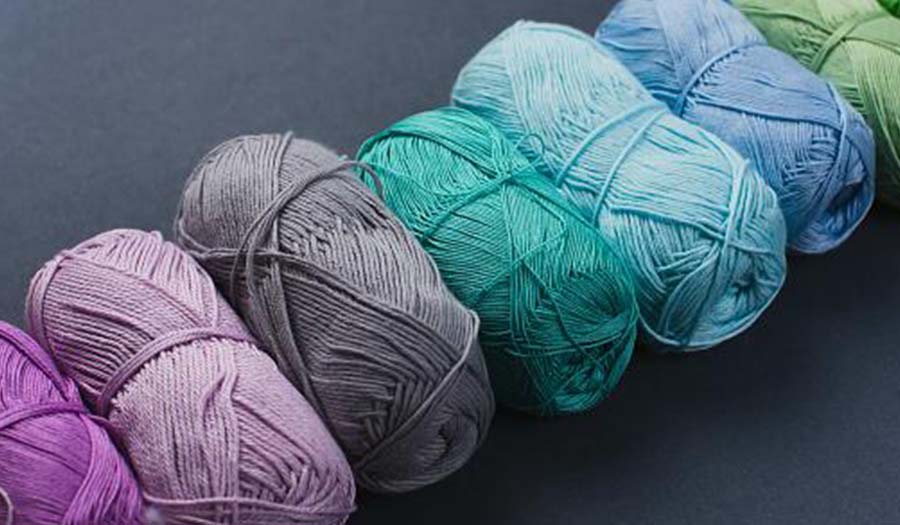 What are they? A skein is basically an oblong ball of yarn. It’s less likely to roll away (sorry, kittens). Sometimes they’re unwound (see hanks, below), but most often they’re wound systematically with a center pull.

What do I do with them? Pull the yarn from the inside or outside. If you pull from the center, your yarn is less likely to flop around or unwind. However, it can cave in on itself and possibly tangle, although tangles are rare. No big deal – just wind it into a ball and keep going!

The biggest disadvantage of center pull from a skein is finding the end and dealing with the dreaded yarn barf. [link to yarn barf video]
I loathe center pull – the deflated skeins, difficulty gauging how much yarn is left, the tangles… no thanks! But I’m in the minority, I think. 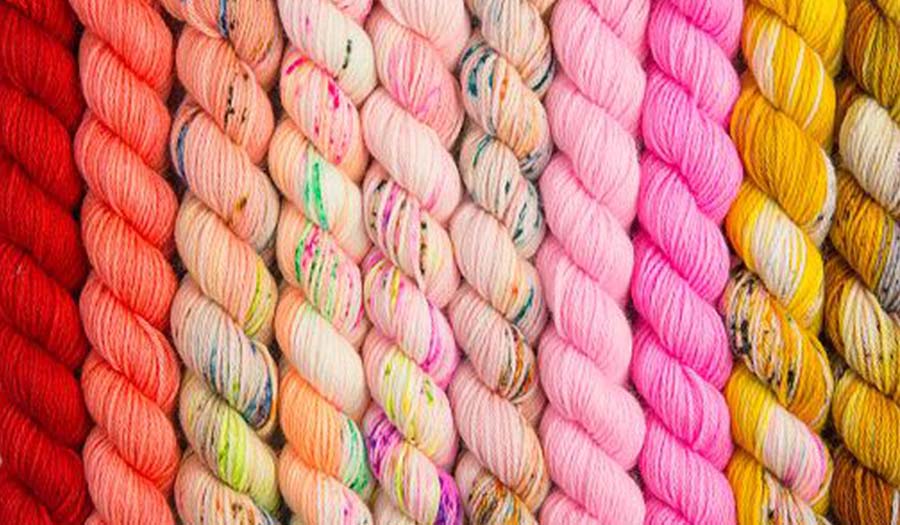 What are they? A hank is a large coil or loop of yarn that has been twisted and folded on itself. Independent dyers pretty much always sell their yarn this way, but so do some yarn companies. Why? Well, you can really appreciate the colorway and the hand (or squish) of the yarn when it’s in the hank. It also looks fancy. Really!

Sometimes hanks are also called skeins, but you will know at a glance which one you’re working with.

What do I do with them? DO NOT try to knit or crochet from the hank. It will only lead to disaster and despair. You’ll want to wind it up into a ball or a cake (more on that later) before you use it.

We offer free yarn winding for purchases from Tink & The Frog and only charge a small fee to wind yarn purchased elsewhere. So if you don’t want to deal with winding your hank – no problem!

What are they? A ball is yarn that is wound up into… well, a ball! They can be purchased this way, or they can be hand-wound from a hank. Donuts work similar to yarn balls, but are often wound this way by yarn companies because they are less likely to get caught and tangle compared to other methods (ahem, mohair silk).

What do I do with them? Pull the yarn from the outside only. Keep away from kittens! 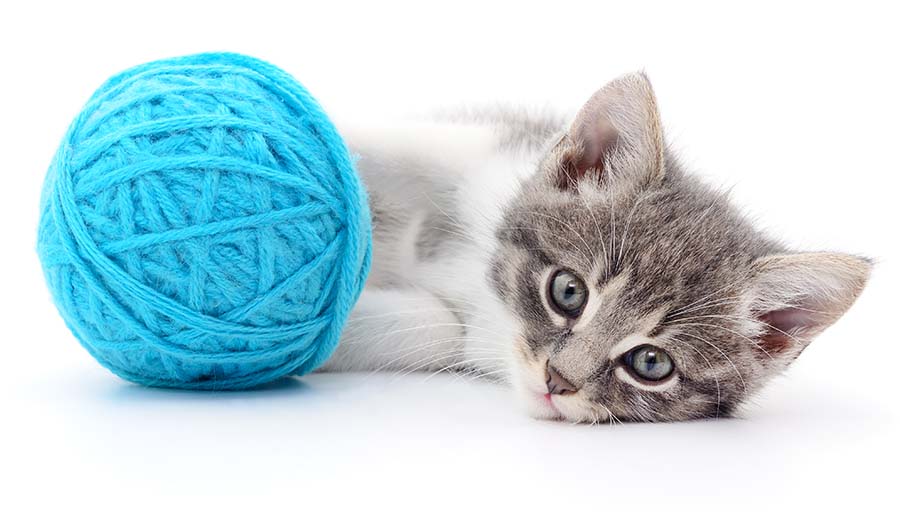 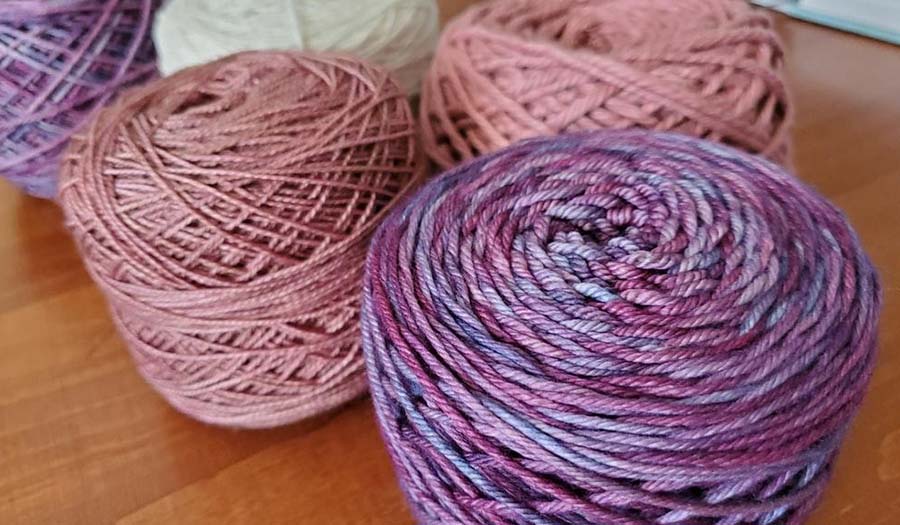 Although you can technically eat a yarn cake, I recommend that you don’t.

What are they? A cake is a cylinder of yarn that has been wound with a swift and winder or nostepinne. You can buy them pre-wound, like Wonderland Yarns Blossoms or you can make them yourself from a hank. Pre-wound cakes allow you to see long color repeats, so you’ll see them most often with gradients or large self-striping patterns.

Next time you’re in the LYS wild, you can hunt for your next project with the confidence of knowing about the different shapes of yarn and what do with them once they’re caught!

Check out our friends' projects and share your own
Tag your photos with #tinkandthefrog on Instagram to add your project to our growing showcase!

We will be carrying Pix by Wisdom Yarns, a superwash wool and nylon blend which comes in eight fun colorways! This vibrant colorway is called Tiger Lily.

This sample was knit in a 7x1 rib with an eye of partridge heel.

The Mountain Town Cowl by Elizabeth Doherty @bluebeestudio in Baby Alpaca Worsted EC by @plymouthyarn is the softest thing ever! One skein of this machine-washable (really!) 100% alpaca yarn is all you need to create this fun and beautiful knit. Squish it for yourself in the shop! 😊

Michelle went a little freestyle with this asymmetric shawl knitted in @plymouthyarn Incan Spice. It is so soft - extra fine merino, baby alpaca, mulberry silk and yak! See and feel it for yourself in the shop - we have limited hours this week, and next week begins our Grand Opening!

New shop sample! 🤩 Check it out!

Check out this Blossom Hat in @urthyarns Harvest Worsted! This pattern is a blast to knit up and takes just one skein. Plus, the pattern is free with your yarn purchase! 🧶🎉

The Leaving Cowl is a free pattern by Maria Magnusson @mariamagnussonknits and it is just gorgeous on Fibra Natura Ravello, offered by Universal Yarn @universal_yarn .

This was a fun and quick knit that only uses one ball of Ravello - a super-soft blend of cotton, fine merino and recycled cashmere. We have every colorway! 🧶

Subscribe to our email list to receive updates on our blog and new products, sales, classes and events.